One more thing I have to tell you about shea butter


I don’t like when shea butter gets bad press. After all, it’s one of my favourite butters. It’s an incredibly versatile, skin-kind treasure of Nature. You can use it from head to toe for skin care and to treat wounds or sunburn (it speeds up healing and reduces inflammation). Another thing that makes shea butter special its comedogenic rating: 0 – which means that it won’t clog your pores, so it’s absolutely safe to use even if your skin is prone to oiliness, acne or blackheads. It hydrates and reduces wrinkles regardless of skin type – can you imagine a more miraculous material?


However, there’s one more thing I have to tell you about shea butter. Although it only affects a few people, I want to make sure that every Manna customer feels absolutely safe.

The story starts in far-flung Africa. An endemic species of the savannah, the karité tree doesn’t bear fruit in the first 15 years. However, it makes up generously for the delay afterwards: it yields its walnut-like stone fruit year after year for up to 300 years. Local women collect the nuts, crack their shell and cook the kernel. Shea butter is made of the oil that’s cooked out of the shea kernel. Depending on the level of purity, shea butter can be used in food (you mostly eat it in chocolate where it completes cocoa butter) or in cosmetics.

However, as it is usually the case with pure, natural materials, some allergic reactions to shea butter have been recorded. Some degree of intolerance to shea butter (when consumed or used on the skin) can indeed occur – mostly in those who are allergic to nuts and/or latex (the latter is a natural, vegan material).

Yet only a few of those nut- and latex intolerants suffer from symptoms such as itching or blushing after using shea butter. The causes (like those of most types of allergy) are hard to specify. There are reports suggesting that shea butter from Nigeria is more likely to provoke allergic symptoms than the butters of other countries. You don’t need to worry about that: Manna imports shea butter from Ghana only. Dermatological research has also found that refined butters don’t cause any allergic reactions even in those who had already given up on shea butter in the belief that they would avoid it for the rest of their lives.

It’s important not to confuse natural latex with synthetic latex: if it’s the latter you are allergic to, you have no reason to shun shea butter!

Yet if you are one of those highly sensitive people who are allergic to nuts or latex, my advice to you is this: test shea butter before using it – i.e. experiment with a tiny amount first:

If you don’t see any allergic reaction (blushing, itching, rashes) then it’s absolutely safe for you to use Manna shea butter. Stop using the butter if any of those symptoms occur in the future.

Are you in doubt as to which Mannas to use for your skin?

Mannas recommended to you

Take our Skin type test and we will show you which Manna products are best for your skin.

Available for Manna Club members only

This product is available for Manna Club members - join them today!

Shop for 75 points to join the Manna customer loyalty scheme!>>

Join us through Facebook! It takes less than 30 seconds.

We have e-mailed you the details to reset your password 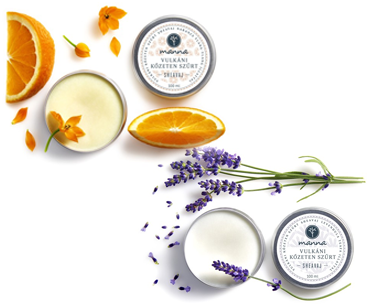 By giving your details you authorise us to send you an e-mail
Mi is utáljuk a spamet, bármikor egy kattintással leiratkozhatsz.

(note: if you close this window it won't be shown again)